An Interview with Lee

It's not every day you get to record a single with an established Urban Act. But Lee has managed to do it on his first single. Scorcher has been a serious urban act since 2009 when he released his debut album "concrete jungle".  Lee has recently been out to spain to film the video for his upcoming single and I wanted to know what it was like spending a week with scorcher. We caught up with him as he got off the plane after the video Shoot.

Lee - "It's gone amazingly. I'm so blessed to have such a great team behind me! The shoot went really well, and I'm still just loving the fact that we've been working with an artist I really respect."

Me - "Is this the first time you've been out to spain"

Lee - "No in fact, it's crazy, since I've been with Destiny (Destiny is the name of Lees management) I've been out to Spain twice for the music. It's literally been crazy, and they love us out there"

Lee - "To be honest, I'm just a normal lad from Coventry. I write a few songs and people like them. I think as soon as you think you've gotten somewhere you lose focus, and right now I just need to keep moving forward. So I hope my music makes people happy. It makes me happy! " 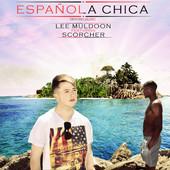